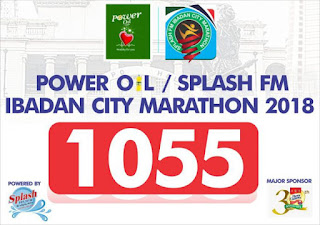 FACT 1: The first Olympic marathon was held in 1886’ There were 17 competitors who ran 24’8 miles from the Marathon Bridge to the Olympic stadium.

FACT 2: The first winner of the very first Olympic marathon was a Greek named Spiridon Louis

FACT 5:  In 1994, Oprah Winfrey finished a marathon (Marine Corps) in 4 hours and 29 minutes. Afterwards, she was quoted to have said, running the marathon is ‘better than winning an Emmy’.

FACT 6: The Boston Marathon which started in 1897, is the oldest yearly marathon in the world.

FACT 7: One of the most fun marathon events is the walt Disney World marathon, with a course that runs through Epcott, Magic Kingdom, the animal kingdom, and Hollywood studios.

FACTS 8: One of  the most  tiring marathon events is held in China, where participants run or rather, climb, the 5,164 steps along the Great wall.

FACT 10: The world’s fastest female marathon runner is Paula Radcliffe, who finish the 2003 London Marathon in 2 hours, 15 minutes, and 25 seconds.

FACT 11: The world’s oldest Marathon runner is Fauja Singh who completed in 8 hours, 11 minutes and 6 seconds at age 100.

FACT 12: The world’s oldest female runner is Gladys Burrill who completed a marathon at age 92.

FACT 14: The record holder for the world slowest marathon runner is charity fund raiser Lloyd Scott who wore a 110 pound diving suit and finished in 5days and 8 hours.

Fact 15: The coldest marathon ever ran was minus 38 degrees C, a feat that belongs to Boris Fyodorov when he ran from Tomtor to Oynkayon, which is believe to be the coldest settlement on Earth.

Fact 17: The toughest mountainous marathon in the world is the Jungfrau Marathon in Switzerland where runners have to climb close to 6,000 feet.

FACT 18 : Over 200,000 will experience a sudden cardiac arrest during a marathon.

Fact 21: Approximately 0.5%of the United States population has run and finished a marathon.

FACT 23:  The world’s record holder for the highest altitude marathon is the  Everest Marathon, which starts at 17,000 feet above sea level, and a vastly downhill course.

FACT 24: The most ‘indulgent’ marathon ‘indulgent’ marathon du Medoc in France, which syarts with a sip of wine, then runners navigate through vineyards where they’ll be greeted with 22 refreshment stands and 21 gourment food stalls, plus a red carpet in the last 100 meters.

FACT 26: Partrick Finney who was diagnosed with multiple sclerosis in 1998 was able to walk in 2004 but through willpower, therapy, and medications he retrained himself  to run again. A few years later, he became the first person with the said disease to finish 50 marathons in all 50 states.

FACT 27: The first ever winner of the Boston Marathon (1897)  was John McDermott who finished in 2 hours, 55 minutes and 10 seconds -almost 7 minutes faster than the guy in second place

FACT 29: John Kelley ran the Boston Marathon more anyone else. He started 61 times, fished 58 times and even won twice.

FACT 30: It wasn’t until 1956 that the organizers decided to Award prizes to the winners of the Boston Marathon.

FACT 31: The very first prize given to a Boston Marathon winner was $60,000 and a Mercedes Benz.

FACT 32: In 1980, Rosie Ruiz who was awarded the winner in her division in the Boston Marathon was stripped of her medal after witnesses who saw her watching the race came forward. No evidence could be found to suggest she actually joined the race.

FACT 33: With a typical marathon training period of 22 weeks, a recreational number will have run a little over 600 miles before getting to the line.

FACT 34: An elite runner, on the other hand prepares for a marathon logging an average of 100 miles per week.

FACT 35: The total distance of a marathon is 26.2 miles which is about 504 times the size of a standard football field.

FACT 38: The most common injuries experienced by runners preparing for a marathon are :IT Band Syndrome, Plantar Fasciitis, Runners Knee, Shin splints, and Achilles Tendintis.

FACT 41: In the same event most popular occupation of runners was ‘teacher/education’ just like the previous year.

FACT 42: The London Marathon is also known to break or establish world records recognised by the Guinness Book of records in the fancy dress or costume categories.

FACT 43: According to the American Council of Sports Medicine, runners should drink early and at regular intervals to replace all water lost through sweating.

FACT 44: The Loyola University did some research and found that 36.55% of runners drink based on a pre-set schedule while 8.9% drink as much as often as possible.

FACT 49: The world’s most picturesque marathon is the two ocean’s Marathon in cape town.

How to register for Splash FM Ibadan City Marathon