A baby factory has been uncovered by the Lagos State Government, and a Togolese woman arrested for running it. 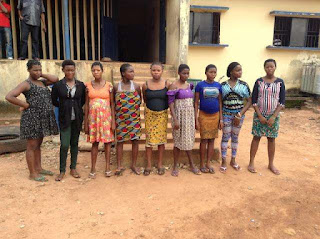 How My School Principal Romance Me To The Point Of Getting Down On Me.