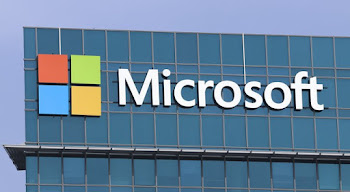 After photos of a teacher in Ghana teaching his students about the
computer with drawing on the board, went viral. A lady tagged
Microsoft and requested that they assist the school with a computer.
Microsoft replied in the affirmative and also promised to support the
teacher with further training to equip him with more advanced skills.
The teacher who became an online sensation after photos of him
drawing a computer on a blackboard, claimed there was no computer
in the school and they had to improvise to tutor the students who
were so much willing to learn.
The Information and Communication Technology (ICT) teacher,
Richard Appiah Akoto decided to be innovative in the face of lacking
teaching and learning materials. So Akoto had an ingeniously simple
idea: he drew computer features and software on his blackboard,
using multicolored chalk.

Pictures of Richard Appiah Akoto drawing a Microsoft word interface
on a board for his pupils were shared on Twitter.
Social media exploded in admiration and wonder at his effort to
explain how the computers works. Some people went as far as saying
the guy should be nominated for a Nobel Prize award.
Among the hundreds of people who shared the post and helped
popularize it was Rebecca Enonchong, an entrepreneur who urged
Microsoft Africa on Twitter to provide Akoto with some proper
devices so he can leave the chalkboard behind.

On Tuesday, Microsoft Africa replied, promising Akoto a computer
and access to educational material.
“Teaching of ICT in Ghana’s school is very funny,” he says on the
caption accompanying the post.
Among the hundreds of people who shared the post and helped
popularize it is Rebecca Enonchong, an entrepreneur who urged
Microsoft Africa on Twitter to provide Akoto with some proper
devices so he can leave the chalkboard behind.

50 AMAZING FACTS ABOUT THE MARATHON